The day I started working, I imagined that in order to do my job well, I had to be a terrible and immensely brave person. But when I went not too far, I realized that debt collection is an art.

Two years working as a debt collection officer at a law firm, I have never felt unsurprised because my daily work is interesting, every day there is another story to ponder. 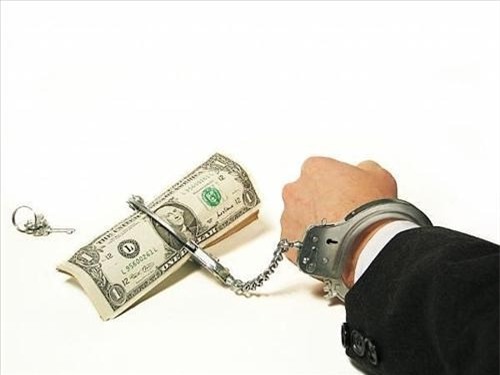 My task is to get bad records of banks and financial companies to handle debt, including many installment documents such as buying a car, buying a phone, …. Or it could be cash, all I have to deal with is clean in a certain time. Every job has certain difficulties. I am a newly graduated student, the first time I was gentle like land, sitting and talking to customers was sweating profusely. Once I went to the client’s house, and when I walked into the house, I spoke :

Not knowing if I said that, did he understand anything, but he ran into the house with a big knife running out and shouted.

I silvered all my face and ran away without daring to look back, the first day I lost my sandals. I think in my mind, the first day like this and then quit, I did not work anymore, If I don’t do it skillfully, someone will cut off my head, but I signed a contract, I have to try, if I quit now, they will angry with me.

Sometimes I lost my patience to bring it to court, but then I thought about trying to persuade them to repay the debt, sue them I also felt poor, also poor the people of the court, so I kept trying. After a few days, I went to meet with another customer, who seemed to be good at first, to pay off the debt on that day. I give customers the opportunity. The day when I call, she tell me :

I heard it and said in a panic :

She pointed me to the hospital. I went to the hospital when I saw her lying and bandaged on the bed, I asked her a few questions and comforted her to try to cure her illness. I returned home with lot of mercy.

The next day I went to the market to buy food for cooking and found that she also went to the market where her limbs were still healthy, I wondered if I could see it wrongly. I sneaked behind and called her name out loud, reflexively she came back. Looks like she was a bit panicked when I caught her like this. I calmly asked:

I can’t imagine why she could be so creative. There are a few more creative people than her, which is terminal cancer, which is the children pain, the husband is in severe pain …

There was a person who knew the story, and went to the company, cried bitterly to withdrawing the file because her husband had just died, she had to raise two small children who are not eligible to pay debts. Hearing that, I went to her house to visit. Who doubted, when I arrived, I met a man, I was afraid that I would misunderstand, so I made it clear. It turned out that he was her husband, finding out more that her husband still gave her money to repay, but she had already spending it, to the extent that she had to lie. In the end, the husband pulled her out and gave her a martial arts match in front of me. So all debt claims are transferred through counseling on family marriage.

There are people who buy expensive cars for their lovers, until he has no money to pay, his wife must back up to pay instead. What they say I need to verify is correct to make the final decision. Everyone has their own circumstances, but each time they end the contract, I always encourage them to tell the truth, do the truth and analyze the harm they have caused.

Of course, not everyone is in debt like that. There are also situations that are heartbreaking. Once I went to a client’s house called T. The first time I went to see Mr. T, I saw Mr. T watching television, asking how many times he still did not answer (because he was deaf).

I went straight into the house when I met Mr. T’s mother, a woman with a stroke, half-paralyzed, trying to approach me with her legs that could not be raised but only crawled. I’m sure many people will panic when they first meet her. Her eyes widened as if she wanted to shoot out, her cold hands trembling and reaching for my hand, her other hand was paralyzed, cowering. The loud voice stammered without a word. Honestly, I was scared but still close.

When she mentioned her son, she cried loudly. According to her, the son was in the rehab camp, February 2 returned. Heavy debt. She was so sick, but every month she still had to accumulate every coins to pay her son’s debts, afraid that someone would take him to the police, owing money from gangsters, afraid they will slash her son. She showed me the visit book, she still visited her son regularly, her husband was gone, she had only him as a son.

I did not understand the love of the mother, did not know how she taught her children but I knew she loved her son very much and I wondered, when T see his mother like this, how does he feel. Does he feel like a burden for others? I don’t know how he felt when the sick mother had to sell her home to heal and repay for him, now she was alone with the old father who didn’t know what tomorrow was like.

Up to now, I still occasionally run to visit her, and then let her listen to a few videos of sermons to help sorrow.

Not just that old mother loves her and acts like that. There is also a mother who is afraid of her child being sent to prison, so she stands out to pay the debt, and when she finishes paying, he even curses his mother, paying to do what. The mother’s heart, tears welled up because of humiliation. Every customer, every case, nobody resembles anyone.

Any job has its own difficulties and pressures. My work is also the same, sometimes even tearing up because not always everything goes smoothly. Many times, when the file was not resolved soon, the boss also scolded. But not everyone had money available to pay when i came. In some cases, when I arrived, I saw that both a wife and husband were unemployed, I also had to run here and there to get a job for them to do, to have money to repay. Looks like helping me to help people.

Sometimes I also feel sorry for customers, also looking for ways to reduce fines and reduce interest for them to help them. But people also do not understand, have not met immediately gave me in to the black book already, have nothing but still cursed me. But not always. My work is also helpful to many people, sometimes simply comforting, encouraging their spirits.

My job is that, nothing super. But to claim debt is an art. Doing this job we always ensure that the principle of debt collection is not to force people into the dead end. If force them into a dead end, they would protest, and it was the debt collector who would suffer.

Do not force a debtor on the dead end, have to guide them a direction.

Tweet
Next Post The story of an actor ‘not famous’
Previous Post No matter where you are or what you do if you don’t take the initiative in your life, you can’t succeed